Well, I’m finally back in NYC for what is sure to be another amazing summer! And with that, this category of my blog is back up and running! Yay!

So, here’s what’s been going on before my internship officially starts this week! (Aside from the boring and expected errands and unpacking.)

Backstory time: About a week ago I read a tweet saying that Tuck Everlasting the Musical was closing on May 29… which happened to be the day my flight landed in New York. My flight landed at noon, and there was an evening show (the last one EVER) at 7:30, so it was perfect. Thanks to TodayTix, I was able to reserve a rear mezzanine seat (view was still very good at the Broadhurst in the second-to-last row!)

After arriving in NYC, checking into my student housing and unpacking, I then headed to the theater district to get my ticket, where I saw most of the cast arriving before showtime (including 11-year-old Sarah Charles Lewis who was just sobbing to her mom and brother… Sad face.) At 7:00, I went to get my ticket and find a position in line to enter the Broadhurst. I walk past the Broadhurst entrance, past the Shubert entrance (Matilda), past Shubert Alley and all the way in front of the Minskoff (Lion King)… Such a long line. By the time I was settled in line, I swear Alexa Chung (famous fashion person if you don’t know who she is) walked passed me, deep in conversation. #celebspotting

The show was absolutely amazing!! Truly a magical, special piece of musical theatre and such a shame it had to close. To Casey Nicholaw and the entire creative team, cast and crew: you created a brilliant, magnificent musical, Bravo!

Stagedoor? But, of course…

Carolee Carmello was amazing as Mae Tuck! (Way different from Madame duMarier in Finding Neverland– and she excelled.) Side note: I was in the crowded in her last Instagram video of the stagedoor! 😉 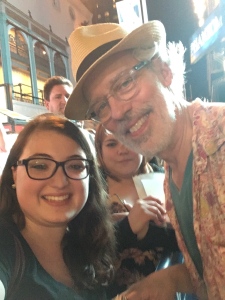 Terrance Mann, the comedic Man in the Yellow Suit! 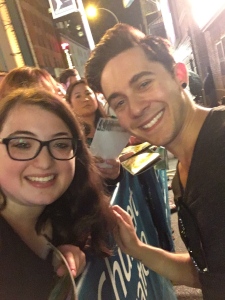 Mike Wartella as Hugo the detective! Um, #TeamHugo anyone?!?!? 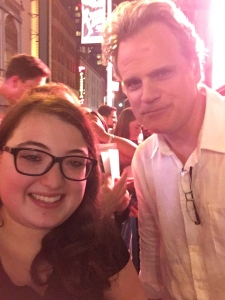 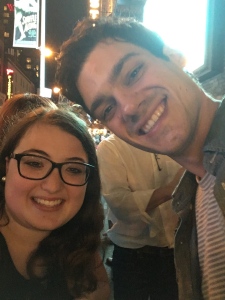 And last but not least, it’s ANDREW KEENAN-BOLGER as Jesse Tuck!!! He was phenomenal and so sweet! And noted, there’s still one more Forever17 Broadway.com vlog left! 😉

Such an amazing show, it’s such a shame it’s over! 😦

Then, on Memorial Day, I decided to engage my inner fashionista and went to see this year’s HUGE Met Costume Institute’s Manus X Machina: Fashion in the Age of Technology exhibit, was was so breathtaking. 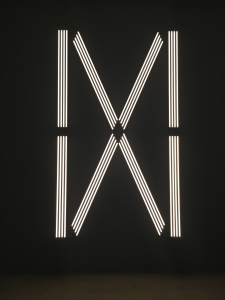 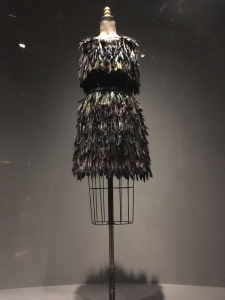 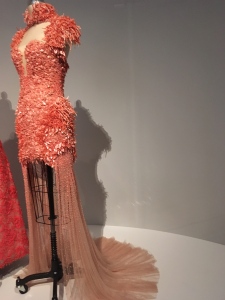 The classic Chanel suits! Except only the far left one is tweed– the rest are 3D printed! 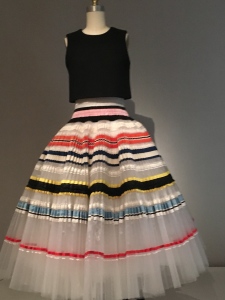 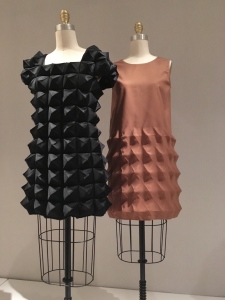 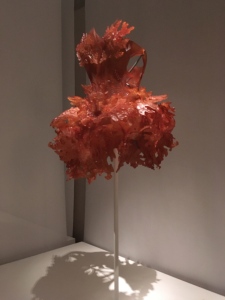 And finally, the showstopper. Located in the center of the exhibit, an exclusive wedding dress designed by the icon himself, Karl Lagerfeld. THAT TRAIN, THOUGH. WOW.

The entire exhibit was pure perfection. Stunning. Flawless. Amazing. If you’re in New York, you don’t want to miss this exhibit! #fashion

Well, be sure to keep checking back here for all of my latest updates from Manhattan once again!