So, last Monday was the day I went to the ONE DIRECTION concert in London!!! (Can you hear my inner fangirl shrieking?) It was so incredible to see the boys live for the third time, and this time in their home country! 🙂  It was a great night. Now, on to some of the great highlights from their fourth show in London:

There were so many amazing moments, songs and it was so awesome to be able to see them at their real height and see their faces! 🙂 Ready for some pictures? 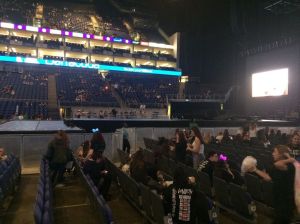 View from my seat! So close to the stage! 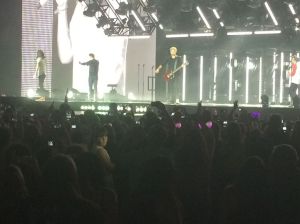 Boys on the main stage. 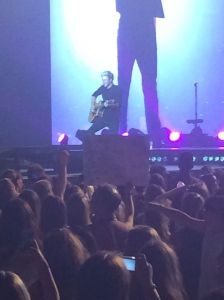 Niall and his guitar. 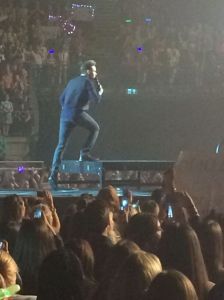 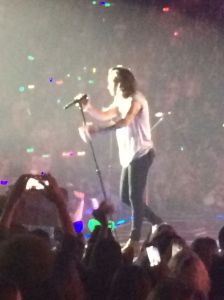 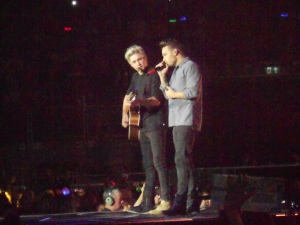 Side note: who’s looking forward to the release of “Made in the A.M.” next month??

The hold this book — and any Sarah Dessen novel, to be honest — had on me growing up!! Not going to lie, but I probably read my (now-yellowed) copy of #AlongForTheRide *at least* 15 times throughout my adolescence. It even became my go-to comfort re-read for a while when I was stuck in a reading slump.
It’s been a whole year! 😱 Exactly one year ago, to the day, I decided to give in and started my very own #bookstagram page that was solely dedicated to my latest #TBR books and the stories I just couldn’t get enough of. (Plus, I imagine it was a sigh of relief for people that follow my regular Instagram that I wasn’t spamming their feeds with book snaps. 😂)
📚Currently Reading📚
…And yet another year has come to an end, and with that, so has another TBR log and reading goal. In my case, that means surpassing my January-set intentions by a fairly decent margin, chock full of books across a variety of genres that completely enthralled, shocked and amused me as a reader. No matter what ~ish~ I had gone through over the course of the past year, I had these books to keep me company and fill up my days!