So, I’ve been seeing this trend all over TikTok where all sorts of fans dress up as their favorite TV show characters. And since, I’m a JATP fantom, I’ve managed to see a lot of iterations of this based on Netflix’s Julie & the Phantoms. These videos are so incredibly clever, all about how these users manage to find some pretty close representatives of the show costumes in their own wardrobes. So, as the proper fangirl I am, I decided to jump on the bandwagon too.

With garments that have been pulled from my color-coordinated closet (TY for your inspo, The Home Edit), I’ve attempted to replicate six key show looks for everyday wear. Sure, not all are exact matches because I don’t have the show’s stylist, wardrobe closet, or budget at my disposal. But, I do have a packed closet of my own and a keen idea of my personal style. So, keep reading to find out how to dress like your fave Julie & the Phantoms character IRL, just as I’ve done. 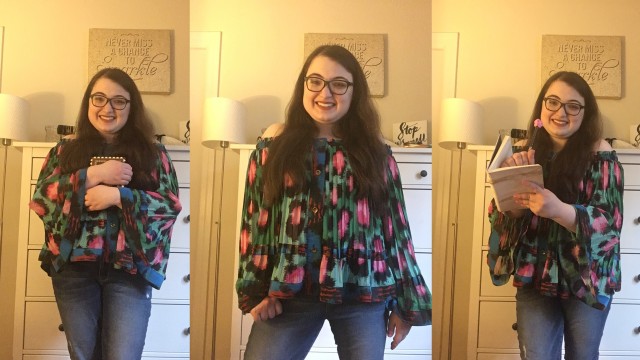 Yes, I’m holding a box of “girl stuff” and a notebook perfect for writing songs. #incharacter

Julie was a tad tricky for me because, usually, I don’t dress like a  “cool teen” like the JATP lead singer, so I had to improvise a bit. Paired with some ripped skinny jeans, I added this off-the-shoulder green, leopard-print, flowy blouse from Kenzo x H&M to complete my look. Then, I threw on some white sneakers from Keds to match. I thought this look is quite similar to the vibe of her “Edge of Great” butterfly look, which too has a whimsical, cool aesthetic.

What You Need to Replicate It: Jeans, off-the-shoulder printed blouse

Embracing My Inner Rockstar Ala Luke 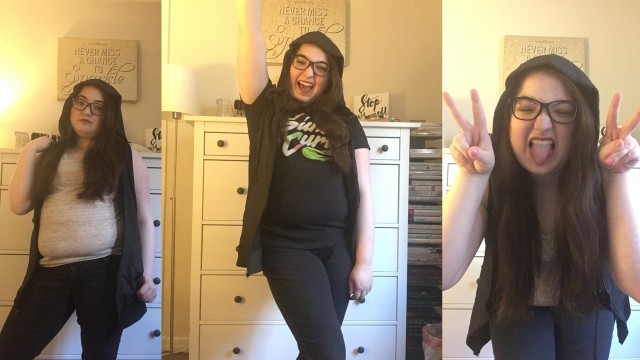 Luke was an easy one to replicate, with his casual, wannabe musician look. To give it a Miranda Touch, I matched a pair of black jeans with a sleeveless concert tee. Alternatively, he’s the one band member to wear a Sunset Curve (hey, tell your friends!) tee on the daily, so I have that included too. I added a sleeveless Calia hoodie over it because that hoodie aesthetic is so Luke. I finished off the look with a pair of black booties to give it some edge.

What You Need to Replicate It: Sleeveless band tee, jeans, sleeveless or sleeved hoodie, beanie hat

I Wish I Had a Puppy, Pizza … or Outfits Like Reggie 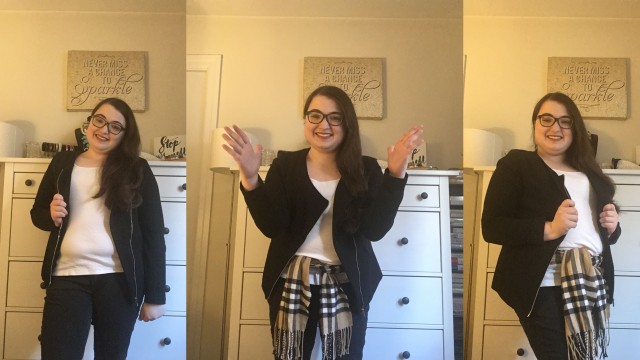 Yes, because I was deeply in character, the middle photo is an homage to Reggie’s wish scene.

Bassist Reggie was another effortless look to put together. To do so, I paired some dark jeans with a white tank top and a black moto-inspired blazer. However, since I don’t have any flannel shirts, I found tying my faux Burberry scarf around my waist achieved a similar look. To complete the outfit, I added a pair of black booties to fully edge this ‘fit out.

Taking Fashion Inspo From Alex AKA the Purest Ghost Ever 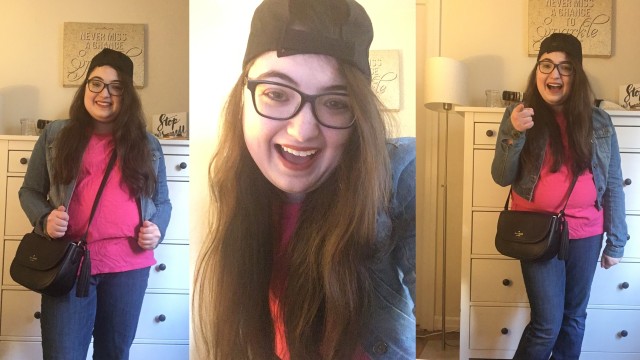 The sweetheart ghost himself brings such a casual vibe to the show, so I tried to emulate that. In order to make it a reality, I paired a plain pink tee over a denim jacket and jeans. To finish off the look, I added a black, backward-facing cap, naturally. Now, I don’t have a fanny pack to work with, but I do have a crossbody bag. Switching his fanny pack for my crossbody helps make this look even easier to wear modern-day because I don’t look like I’m perpetually stuck in 1995 like Alex on the show. Then, I added some sneakers on my feet since the look is quite casual.

All Eyes Are on Me … as Carrie 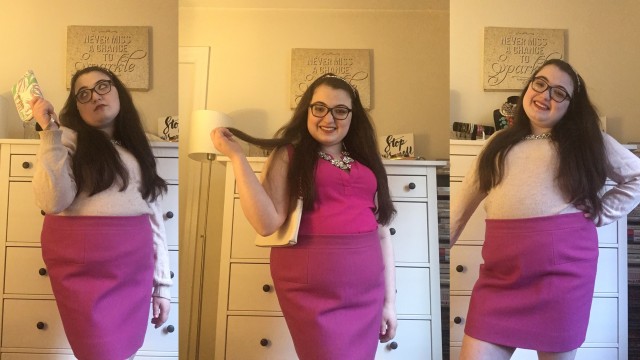 Embracing my inner diva slash Carrie, even doing *that* “All Eyes on Me” head move.

While some of Carrie’s Dirty Candy ‘fits were v v cool, they are v v unlike anything I own. So, I went with a version of her preppy, all-pink ensemble from the school scenes. I matched a pink miniskirt with both a sleeveless, hot pink blouse and a pale pink sweater. I believe it achieves a similar look that Carrie could have rocked if she was in her mid-twenties and working in the corporate world. For my shoes, I added a pair of silver ballet flats. Then, for accessories, I went with a sparkly headband, a chunky jeweled necklace, and either a Lilly Pulitzer wristlet or Kate Spade purse.

What You Need to Replicate It: Pink blouse and skirt, any sparkly baubles

No One is as Cool as Flynn 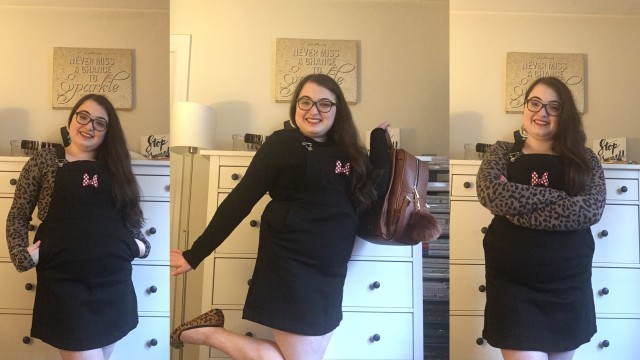 Now, Flynn’s the most adventurous dresser on the show, IMO, which scared me a bit. So, hesitantly, I found a leopard-print sweater I owned and tucked it underneath a Minnie Mouse overall dress, and added some black booties underneath. It was a look I wasn’t sure about, but felt so cool and very fall while I was wearing it. It was my version of her “Flying Solo” getup. Alternatively, I wore a chunky black sweater underneath the overall dress and brought the leopard pattern with some Kate Spade flats instead. Also, since we mostly see Flynn at the school on the show, I added a chic brown leather backpack to accessorize the look. Sure, it’s a bit out there for my usual tastes, but I feel closer to Flynn’s style already and feel that much cooler.

What You Need to Replicate It: Overalls, leopard or chunky sweater

There you have it! Six different ways to bring Julie & the Phantoms to life based on clothes you already own! Stylish, edgy, casual, preppy, or cool — whatever your style, the JATP crew would think you’d rock their styles! And sure, these looks took me out of my comfort zone, but that’s the great part. These looks gave me all the confidence that, sure, I could rock any of these looks in my usual day-to-day activities.

7 thoughts on “How to Dress Like Your Favorite TV Characters: ‘Julie and the Phantoms’ Edition”