Unfortunately with a post-grad move to a new city and a new job, 2017 didn’t leave much time for recreational reading (well, other than “What Happened” by HRC). And so, with the arrival of the 2018, I knew I wanted to started my favorite pastime up again. That, and a good book can instantly relax me. Here’s a quick peek of my recent reads on my nightstand.

Literally as soon as the credits rolled on the final episode of “Big Little Lies” season one (and I blogged my thoughts thereafter, naturally), I went to Amazon and Prime-ordered the original book by Liane Moriarty.

I knew the series had hooked me. I had to keep watching. And since Reese Witherspoon and Nicole Kidman kept discussing how inspired they were by Moriarty’s work to make the HBO show, I knew I needed to read about the Pirriwee Beach mothers and their kindergarteners.

While you may think, “Hey, I watched the series, why should I read?” It’s a gripping, page-turning story and, as with all film and television adaptations: liberties are taken.

Hailed as a “modern retelling of Pride and Prejudice,” I was intrigued by the cast of interesting characters and how despite being a modern version of a classic, it still felt new and current.

Readers meet Liz, a magazine writer (Hey, I knew I liked it already! Lol.), who lives in NYC with her big sis Jane. When the New York-living sisters return home to help their parents and sisters following their father’s health scare, it seems Mama Bennett has other plans: trying to figure out how to marry off her unwed daughters before age 40 arrives. And so, here comes handsome (and quasi-famous) doctor Chip Bingley, who happens to take an immediate interest in Jane, while his surgeon-friend Fitzwilliam Darcy “reveals himself to Liz to be much less charming… and yet, first impressions can be deceiving,” the back cover synopsis explains. Hmm, intrigued? I know I was. 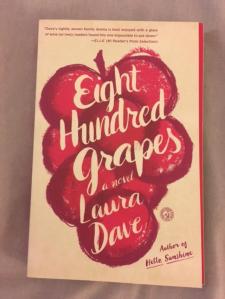 This novel stuck out to me upon first glance and first read-through of the back cover summary. Dave describes how Georgia Ford returns home to her family vineyard in Sonoma County just one week before her wedding to her seemingly-perfect fiance once she learns an “explosive” secret that could change everything. Upon arriving home, she learns that her fiance is not the only one keeping secrets. Hmm, a twist.

This gripping novel tells the dramatic story of family, love and how secrets can tear or bring people together.

You Had Me at Hello by Mhairi McFarlane 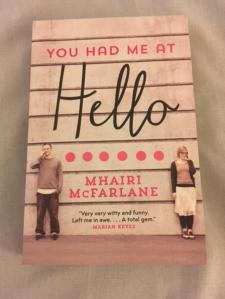 This U.K.-set book seemed like an immediate rom-com type book from first glance. And then I flipped over the back cover. McFarlane tells the story of Rachel and Ben, two university best friends and partners in crime from their first “Hello.” However, a decade later, Rachel’s One Who Got Away comes right back and it seems like “the years melt away.”

The back cover reads, “But life has changed. Ben is married. Rachel is not.yet in that split second, Rachel feels the old friendship return. And along with it, the broken heart she’s never been able to mend.” And just like that, I was willing to follow along their journey.

Sort of spoiler, sort of warning: fans of a Happily Ever After, won’t be disappointed in this one.

On a lighter note for all my single ladies out there, former Bachelorette Andi Dorfman‘s second memoir-type book chronicles her new life as a Manhattanite and attempting the crazy world of NYC dating. It had me laughing at the sheer reliability (which, should I be laughing? Whoops.) and perhaps wondering if that could be a future blog topic on here? We’ll see on that front…

Dorfman’s book picks up where her last left off (post-TV engagement and heartbreak) as she impulsively books a one-way flight to New York City to start a new chapter. She first must deal with the awful situation that is Manhattan apartment hunting and then beginning her life in the city. And what comes next once you get settled, figuring (or attempting to) out the *shudder* dating and dating app scene. She perfectly captures relatable New Yorker life for the single New York girls. A perfect light read to make fun of this crazy life we’ve chosen from living in the crowded little island of Manhattan.

And a preview of what’s next for me on my bookshelf?

From Notting Hill with Love… Actually by Ali McNamara

One: it’s literally named for some of the biggest (British) rom-coms in existence. So, McNamara has that going for her novel.

Two: it takes place in England. Which is one of my favorite places in the world, so that’s a plus.

Also, while it seems like a quintessential romance-type story, the back cover alludes that romantic story is far from easy, which makes it more realistic and something I can appreciate. Color me intrigued to continue reading! 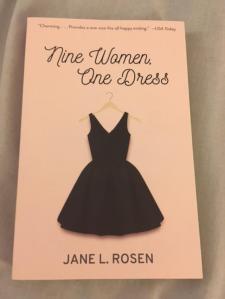 The back cover includes quotes such as, “A love letter to New York,” and “Love Actually meets Sex and the City,” and “A story for dreamers, the hopeless in love, or any woman or man in search of a new lease on life.” Sounds like a perfect, easygoing read for this fashion-obsessed Manhattanite.

The Heiresses by Sara Shepara 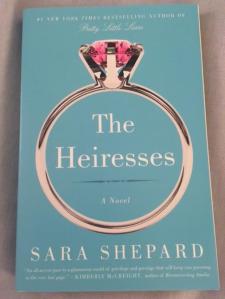 Hailed as a Pretty Little Liars for adults — I knew this was a must-read for me, especially in a PLL-less TV schedule.

Cut to the Seybrook sisters, a family of heiresses, clocked in mystery in intrigue as they wrestle with their feelings to uncover the truth about the their family before it’s too late. Sounds like the perfect read for all of us that miss the weekly six-season drama of PLL.

Seven Days of Us by Francesca Hornak

Because all the rom-com-esque novels can get basic after awhile, this family drama seemed equally enticing, especially considering I can relate (cheers to my crazy family back home in the Midwest– love you all).

The inside cover explains how “only the most extraordinary circumstances can reunite the Birch family for the holidays.” While the large family spends their first full family holiday together in years, they all have their own lives. I want to know all the dramatic details when  they are “locked down, cut off from the rest of humanity – and even decent Wi-Fi- and forced into each other’s orbits.” I can only imagine what secrets and drama will unfold. Time to start reading!